Developed from 2008, blockchain is primarily a technology for storing and transmitting information. This technology offers high standards of transparency and security because it works without a central control body.

More concretely, the blockchain allows its users - connected in a network - to share data without an intermediary.

In practice, a blockchain is a database that contains the history of all exchanges made between its users since its creation. The Banque de France explains its main characteristics: 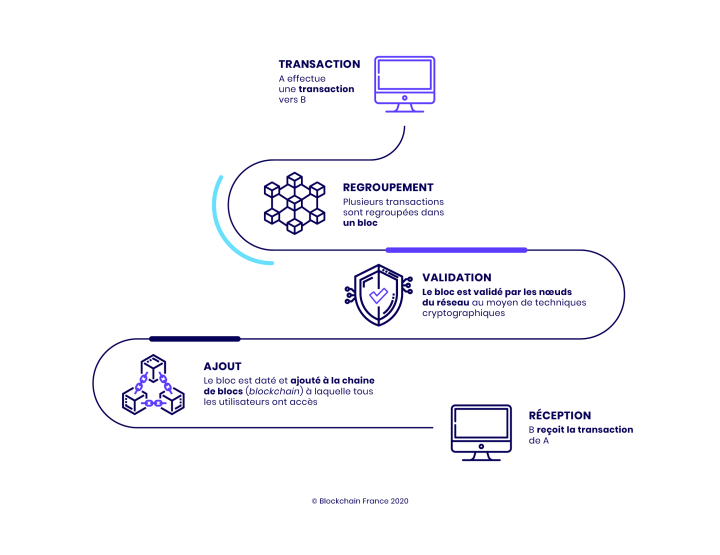 Using blockchain has many benefits, including:

The blockchain represents a major innovation that is used in particular in the banking sector. Indeed, historically, blockchain technology was developed to support transactions carried out via cryptocurrencies/crypto-assets (including bitcoins which are the best known form) and which have the main characteristic of not depending on an organization. centralizer (like a central bank) and to be international.

But its use is not limited to cryptocurrencies. Many fields and sectors of activity, commercial or non-commercial, public or private, already use the blockchain or plan to do so in the years to come. The report of the joint information mission of the National Assembly on the uses of blockchains and other registry certification technologies, details some of the fields of use of the blockchain:

But many sectors are potentially affected by the use of blockchain technology: health, real estate, luxury, aeronautics , etc.

What is Responsive Web Design?

What is the Agile Methodology?

What is web hosting